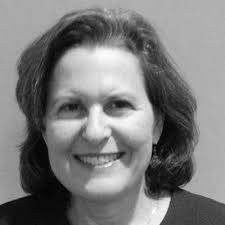 Terra Snider is the executive director of Start School Later, a nonprofit dedicated to increasing public awareness about the relationship between school hours and student health, safety, and education.  Start School Later has more than 70 local chapters throughout the United States and has been covered in publications including the New York Times, Wall Street Journal, Washington Post, Time Magazine, and NPR.  In partnership with a leading research university, Start School Later has developed a Sleep 101 mini-course for incoming college freshmen beginning Fall 2016.  Terra writes a column on healthy school hours for the Huffington Post, where a one-minute video interview with her received more than 13 million hits.

Terra is an award-winning author of numerous popular health and medical books including The New Harvard Guide to Women’s Health, The Women’s Concise Guide to Emotional Well-Being, Alternative Medicine for Dummies, and Nameless Diseases. A Yale graduate and a Searle Fellow at the University of Chicago, Terra earned a doctorate in the history of science and medicine while conducting research in biopsychology. A former associate editor at The Journal of the American Medical Association (JAMA), Terra has also written extensively on a wide range of health and medical issues in The Harvard Health Letter, JAMA, Consumer Reports, Weight Watchers Magazine, and Business Week, among others.