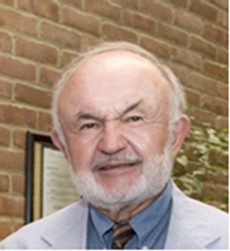 Robert J. Martineau is Distinguished Research Professor of Law, Emeritus, University of Cincinnati. He is the author of “The Mandatory Referendum on Calling a State Constitutional Convention: Enforcing the People’s Right to Reform Their Government,” the authoritative law review article on the history and law of the self-executing periodic constitutional convention in U.S. state constitutions. After serving as law clerk to the Chief Judge on the Maryland Court of Appeals, Maryland’s highest court, he practiced law in Maryland, including as an assistant attorney general and vice-president of the Maryland State Bar Association. While serving in Maryland’s Office of the Attorney General, he wrote the opinion on the legality of calling the 1967-68 Maryland State Constitutional Convention, was a member of the Commission that prepared for the Convention, and served as secretary of the Convention. More recently, he has served as circuit executive of the US Court of Appeals for the Eighth Circuit, executive officer of the Wisconsin Supreme Court, member of the Rules Committee of the Ohio Supreme Court, acting dean of the University of Cincinnati College of Law, consultant to various court reform groups and the American Bar Association, and as an elected member of the American Law Institute. He is the author of nine books on appellate practice and procedure and drafting statutes and rules in plain English. Most recently, he drafted a proposed city charter for Sarasota, Florida.